Behaviour functions for the behaver. This means that the animal is doing the behaviour to get things that they like or to avoid things they don’t like – dogs do behaviour that works for them!

Culturally, we are pretty obsessed with stopping behaviour we view as bad but to modify behaviour, stopping unwanted behaviour might be short sighted but often appeals to the quick-fix addicts.

Attempting to stop behaviour after the fact by, for example, administering punishers is so often too little too late. The dog has already got his jollies. 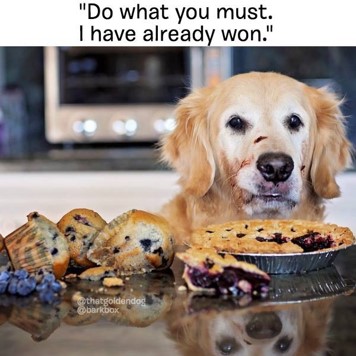 Instead we prevent the dog practicing behaviour we don’t like (practice makes perfect, after all!) so that we can clean the slate and establish new, alternative, more desired and ideally, incompatible behaviour.

To modify unwanted behaviour, we need to know the whens, whats and whys.

How does behaviour happen?

Dog training is generally thought to be about telling the dog to do something, using commands and making sure they’re followed through on.
While that satisfies a traditional attitude to our dogs, that’s not really what’s happening at all.

Dogs do behaviours that work. These behaviours work because things around the dog, in the environment, tell them to do a behaviour to access something or avoid something.

When the A’s happen, the dog is getting prepared to do the behaviour and expecting a specific outcome. The A’s tell the dog to anticipate the availability of something the dog likes or to anticipate a way to avoid something they don’t like.

A little mention of management here, before we go on

To stop behaviour, we must prevent the dog’s exposure to A’s and their access to C’s. That’s what management is – we stop the dog rehearsing behaviour by rearranging their environment. 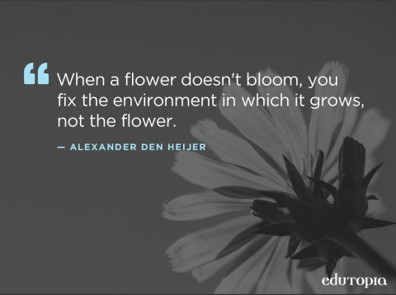 Management clears the way for teaching and learning new and more desirable behaviour, providing a foundation upon which to build.

Consider the function of behaviour when teaching new behaviour

This is Ollie and one of his awesome humans. He’s a puppy and has been taught that tugging the mop is the BEST game ever. This commonly happens with puppy behaviours – they are cute and funny, providing endless entertainment for both species.

But the reality is that, in just a couple of short months, Ollie will be able to quickly destroy the mop as soon as it’s produced and that doesn’t make it so fun after all.

Over time, his mop-tugging behaviour has become very intense, more so than with toys. 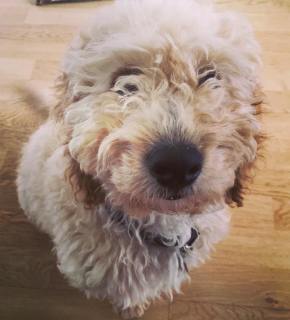 Have a think about the A’s and C’s for this behaviour.

The C’s are pretty clear – there is a big pay off in getting to tug the mop; it moves and it’s soft and squishy, which are textures dogs often like to bite; this behaviour causes a surge in arousal with all the component neurochemicals causing him to feel good about it all.

Don’t forget the A’s! In dog training there is an inordinate amount of time devoted to discussion of C’s and not nearly enough about A’s and related factors.
As soon as Ollie’s human walks toward the mop, he is following and watching. You can see his excitement building with jumping up, trying to grab it, even vocalising.
He responds this way when in another room and can only hear the mop too! Ollie might just be a proper mop-addict!

He anticipates a whole lot of excitement when the mop comes out (you’re on your own there, Ollie!). This arousal means it’s really tricky to redirect his attention on to something else and to get him to let go of the mop.

As soon as the mop comes out, Ollie is geared up for some tugging – that behaviour functions for him, providing an outlet for his excitement. If we just take that away, in that context (ABC), where does that excitement go?

Our goal in modifying behaviour is to teach a suitable alternative behaviour – what would we prefer the dog to do?
But that behaviour needs to also plug the gap of the unwanted behaviour so that the dog still gets his jollies, just in a more appropriate manner. The new behaviour functions for the old, unwanted one.

Often times, in reward based training (or what ever label you care to use), we get hooked on throwing food rewards at new behaviour without considering that there was a real need there, on the part of our learner, and a real function being satisfied.

When we remove that outlet for that animal, we may be effectively suppressing behaviour but because we are reinforcing a more desired behaviour, often with food, we think that’s ok. And it might be.
But, our training plans must include consideration for the function of unwanted behaviour, ensuring that those functions are satisfied.

(Want to learn more about this? Check out this introduction to the A-B-Cs of Behaviour webinar for the tools to design training plans. )

For Ollie, we will tick lots of these boxes, with the help of his awesome family:

As we move forward, we can start to build other alternative behaviours into this context; for example, the mop coming out means crate time or garden time with a yummy stuffable or sniffing game.
And we might use some strategies that have been successful with less intense mop chasers too.
Ultimately, the presentation of the mop will mean chill out over there but first we gotta make sure he’s getting what he needs out of this mop business. Training is a journey, not a destination, and we’re in it for the long haul!

2 thoughts on “Behaviour serves a purpose…that’s why we do it!”